For the last several weeks I’ve been doing a marathon to get Gopala’s organic gardens ready for planting. This includes digging the soil, weeding, irrigation, germinating seeds, mulching, etc.

Lots of hard yakka but I go to bed every night satisfied (and exhausted) (and sore).

We’ve managed to procure, from various hippie seed saver networks, some exotic heirloom open-pollinated non-hybrid seeds from yonder years. These kind of vegetables aren’t seen today because they have very little commercial viability which virtually drove them into extinction. Some groups have made the effort to preserve these species by retaining and circulating their seed in a grassroots way (no pun intended). See The Seed Savers Network if you’re interested.

Here’s a pic of me in my stylish gardening attire out the back …. 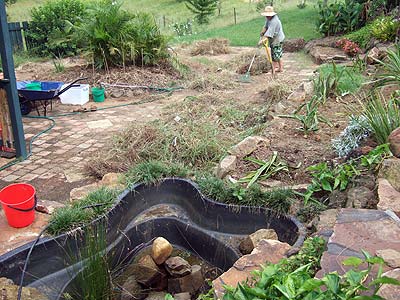 Here’s what some tomatoes I’m going to grow will look like when they’re done (Krishna willing): 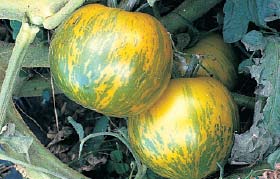 This is in its ripened stage too. Here’s a pumpkin: 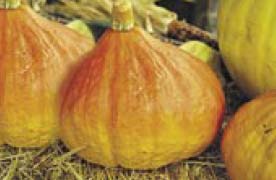 Hopefully they will ripen before first frost as its a bit late to be putting these in.